Phylloxera: The Botanist and the Vintner 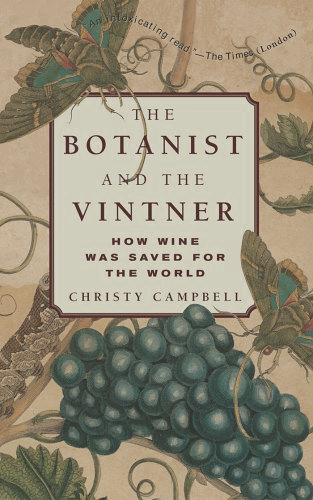 In the 1860′s, vines in the south of France started to wither and die

The cause? A small aphid (an insect that feeds by sucking the sap from plants).

Labelled Phylloxera, the aphids made their way to the south of France on the roots of native American vines and decimated the wine industry of France and much of Europe over the next 30 years.

The battle was fought on many fronts, from “chemical warfare”, flooding and the ultimate weapon – American vine rootstock.

The Botanist and the Vintner: How Wine was Saved for the World by Christy Campbell, is a great book on the history, science and cultural impact of Phylloxera from initial invasion (and a cameo appearance in Powerscourt, Co. Wicklow) to the salvation and recovery of the French wine industry on the roots of American vines

Praised as a “An intoxicating read” by the UK Times and originally published in 2005, it’s still available on Amazon in hardback and paperback and if you’ve space on your bookshelves (beside your wine rack), then it’s worth a read, even beyond the wine lover or the botanist.