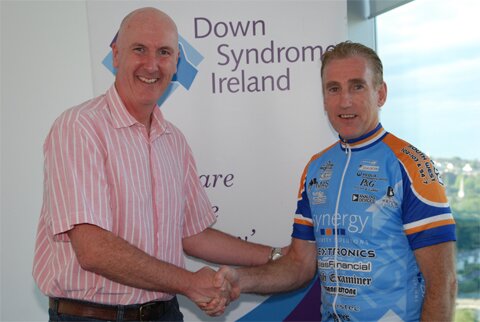 Okay, what the hell is that heading about?

Well, to give you some context, John McDonnell, who runs Wine Australia here in Ireland, is on a cycling tour around Munster to raise urgently needed funds for Down Syndrome Ireland (you should donate here - particularly in light of the awful weather we’re having, it can’t be fun, but it’s worth it!).

John and fellow cyclists (including Séan Kelly) are aiming to raise €100,000 – not an easy task in the CEC (current economic climate). 400 miles in 4 days. Ouch.

Anyhoo, after you’ve donated you’ll be entered into a prize draw for some Australian wine related prizes (see the end of this post and skip the next bit).

With that in mind, here are some of the latest updates from the Tour de Munster’s John McDonnell, via text message…

Australian wine prizes you could win, but only if you donate

So, a pretty decent chance of winning something, but only if you donate to John’s Tour de Munster in aid of Down Syndrome, Ireland.

The side point I was alluding to from the title was that despite all the hype around social media, you can’t beat permission-based marketing.

What do I mean by that? If someone gives over their guarded email address or phone number they are saying that they want to hear from you about stuff you are marketing/selling in the future. It’s far more direct and targetted for the marketeer, far more relevant for the recipient. That, to me, is absolute  gold and, I’d argue, far more valuable than a Facebook Like or Twitter follower.

And as the subscriber, when you do hear from that marketeer, it feels a little bit more personal and relevant than a Twitter or Facebook update. I’d predict that email and SMS will remain more effective than social media for a good time to come.